Contraception on TV: Are things changing?

“Yeah. Is that what you want?”

It may sound fairly, well, normal, but this scene in the recent BBC adaptation of Sally Rooney’s Normal People is quite revolutionary.

This scene has been praised for its emphasis on consent. Connell makes it clear that Marianne can ask him to stop at any time and it won’t be awkward, which is what we should expect from all sexual partners.

We also love that Normal People gave condoms some much needed air time. Not only are condoms discussed before the sex scene, but you can hear the slick slithering as Connell puts it on.

Did this scene stand out to other people? We asked Olivia Troy, an Intimacy Coordinator and Advisor based in New York City, for her take.

“I’d say the condom scene stands out because it’s a conversation that we all have had in real life that seems to always be elided or edited out on screen,” she says, “also, because it’s young love and television, we’ve been conditioned to anticipate a conflict: “She’s going to lose her virginity and get pregnant!” Or “she asks about a condom and ruins everything!”
“I’d love to see a normalisation of contraceptive use on screen as we see in Normal People. The more we’re able to model consensual, responsible sex as passionate, thrilling, and sexy, the better for everyone,” she continues.

We asked some viewers if they’ve ever seen contraception used on TV and if they think it should be used more often.

Should TV be showing us more realistic sex? We asked Alix Fox, a writer and broadcaster who specialises in decently indecent sex education. Alix is also a consultant on Sex Education and our favourite pun artist.

“Sex can often be a fumbled, jumbled, working-out-how-to-get-it-on-as-we-go-along affair, yet it’s frequently portrayed on screen as being unrealistically polished, perfect, slick and slinky,” she says. 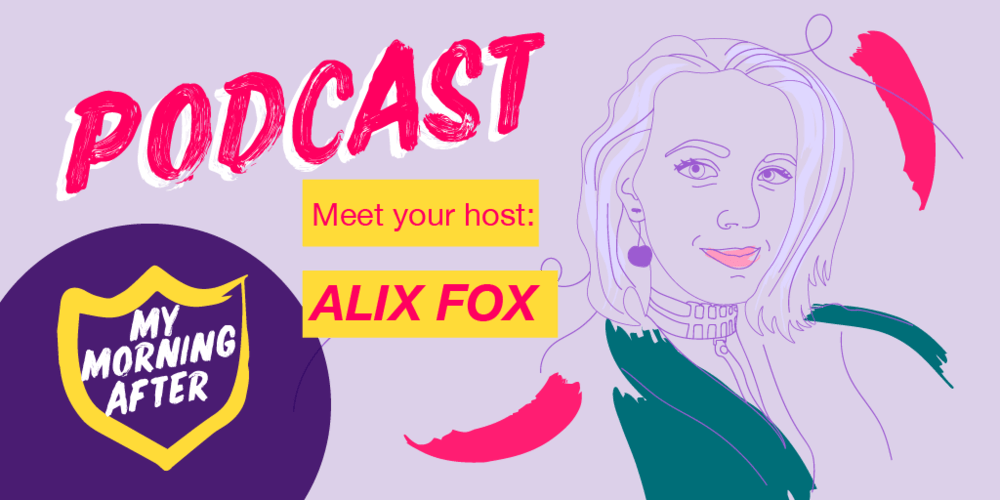 “To a degree that’s because telly and film is a form of escapism, and aspiration; people don’t always want realism from what they watch, they want glorious fantasy. But if folks start to think that’s how sex always should be, it can make them feel paranoid and pressured that they’re not living up to some bonkers bonking standard. There’s often an outpouring of relief and joy when viewers see more relatable, realistic depictions of sexual encounters in shows like Sex Education and Girls.”

How Much Impact Does What We See On TV Have On Our Views?

People might want ‘glorious fantasy’, but can what we see on our screen affect the way we think in real life? Nathaniel Swigger, an associate professor in the Department of Political Science at Ohio State University, conducted a study in 2016 to see if attitudes shown in TV shows have an impact on viewers attitude towards contraception and abortion.

There were three groups in his study: a negative group, a positive group and a control group. The control group watched no TV. The ‘negative’ group watched an episode of How I Met Your Mother, which contained themes that Nathaniel says reinforce the idea that ‘boys will be boys’ and suggested that the women duped by his schemes are to blame.

The ‘positive’ group watched an episode of Parks and Recreations, in which Leslie gets drunk and her date makes sure she gets home safely without taking advantage of her in any way.

Nathaniel said that even a short 25 minute sitcom seemed to make a difference in the reported attitudes towards abortion and whether employers in the United States should pay for contraception.

Q. How much impact does TV Have on our behaviour?

While we should be wary of assuming people copy everything they see on TV, it can help start conversations in real life. We went back to Alix to find out what she thinks.

“Whilst it’s dangerous to assume that audiences have a straightforward “monkey see, monkey do” reaction to what they see (or don’t see) on screen, I don’t think we should underestimate the power of TV shows and movies to start important discussions about sex and sexuality, and to help normalise more positive and safer behaviours when it comes to matters such as consent and contraception,” says Alix.

TV isn’t just an educational tool: it can make us feel seen by reflecting our own identity and experiences.

“I appreciate that sometimes it’s an artistic decision not to try and clumsily wedge a line about IUDs into a BAFTA-nominated storyline or whatnot,” Alix says, “Yet I’m often surprised by how the most subtle and fleeting inclusions and references to sexual matters can have an impact on people and I would love more creators to bear that in mind.”

Condoms and TV: The Nineties and Beyond

It’s not that contraception has never been mentioned on TV before. When Rachel gets pregnant in Friends (spoiler alert, but seriously how have you not seen this by now?) Ross freaks out when he discovers that condoms are only 97% effective.

Condoms are frequently mentioned in Sex and the City and How I Met Your Mother. There’s one episode in Buffy the Vampire Slayer where the chosen ones boyfriend of the time gets a condom out of the drawer. Secret Diary of a Call Girl is very good at showing condom use and Belle always uses them for all sexual acts she does with her clients.

More recently, the show Master of None did a good job of incorporating emergency contraception into an episode. “Aziz Ansari’s character Dev heads to a pharmacy to get an emergency contraceptive pill with his lover Rachel, after a condom splits during their one-night stand,” says Alix.

“Rather than cringing so hard they turn inside out, they’re refreshingly pragmatic about it, but view trekking across town in an Uber as a bit of a necessary pest. I love that Dev offers to pay for the tablet too – hilariously quipping ‘my treat’,”

Sex on TV: Are things changing?

Normal People definitely isn’t the first show to acknowledge that condoms are a thing, but it’s refreshing to see the condom portrayed as a neutral, basically non- event rather than the butt of a joke, a segway to a problem or something only discussed in non sexual scenarios. It’s especially important to see two young people taking agency over their sexual health. This could help empower people to make similar decisions in real life.

When it comes to how TV talk about sex, the times are a’changing. Sex Education isn’t great just because it acknowledges contraception (although we’re naturally big fans of the morning after pill scene!) but because it shows a diverse range of sexualities and sexual experiences.

We’re also really happy to see more diverse gender identities on our screens. While the mainstream media used to exclude a lot of people, more and more of us are seeing ourselves reflected in the shows we watch.

Have you seen many TV shows feature condoms or other contraception methods? Do you think it’s important that our media is realistic about sex or does it ruin the mood? Let us know on Twitter, Facebook and Instagram.

I saw a tv ad for ellaOne in the cinema

Love In The Time Of Corona

I saw a tv ad for ellaOne in the cinema

Love In The Time Of Corona